We are hitting the northern route of the north island.  This tour will hit Paihai, Cape Reigna and Tapotupotu Bay.

This was a young tourist party town, as it seems that 80% of the population were tourists.  There was a street of hostels and pubs, then the rest of the town consisted of multiple opportunities to sell something to the tourists.  It was clean and quiet neat…and a great start to the adventure.

The busy harbour and downtown core.

Jill took some time to relax by the water…this harbour shot was too perfect to miss. 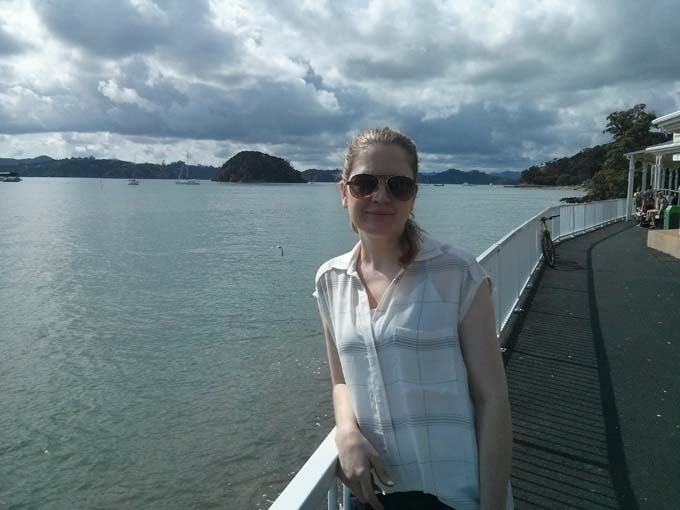 Jill posing at the ocean edge.

At the end of the party street was this store…it seems the locals want to make sure if the party kids passed by the other pubs then they had one last chance to get some “Super Liquor“.  I did not enter the store to find out if they were selling Gingold or Velocity 9. 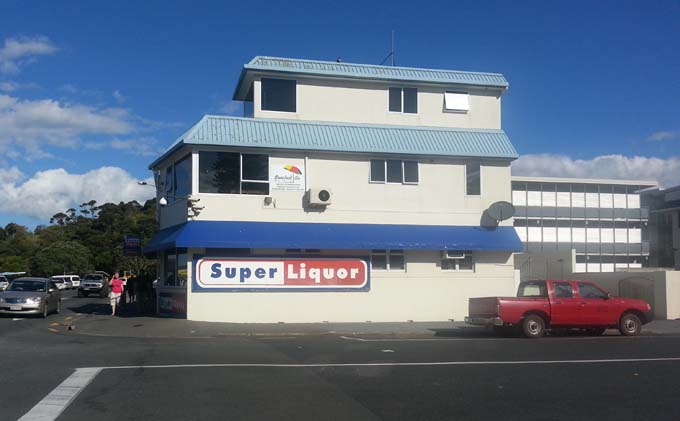 The signage here ensures that the tourists know this store has “Super Liquor”.

This is the northern most tip of New Zealand.  The Pacific Ocean meets the Tasman Sea here, which causes some crazy crashing waves.  It doesn’t photograph as well as seeing it in person.  Here Jill and I took a seat to pose for a pic. 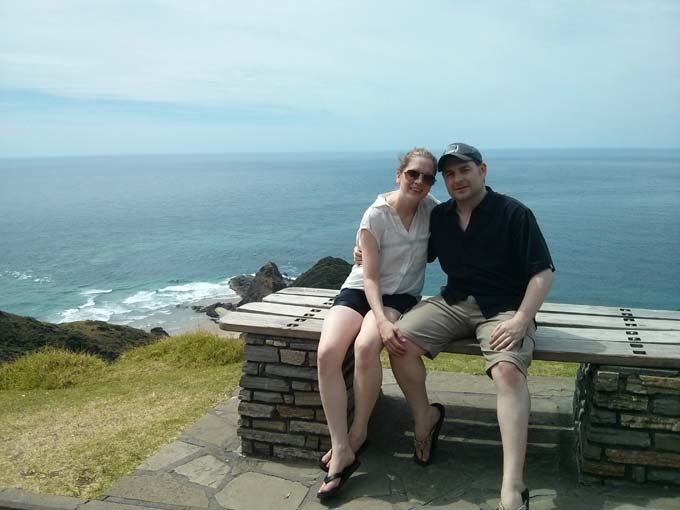 The couple at the northern tip of New Zealand.

Then we followed the road to the end of Cape Reigna…the lighthouse.

Jill on the walking path to the lighthouse.

The lighthouse has been updated with solar panels and the inside is not accessible to tourists.  However, they have placed a street sign that tell you how far you are from some major destinations.  Vancouver is on the pole!

The lighthouse at Cape Reigna. The street sign that informs you how far away we are from major places. Vancouver made the pole!

After taking in the sights and photographing the meeting of the Pacific Ocean to the Tasman Sea, it was time to sit down and just take it all in.

Jill taking a photo of the chaos from where the Pacific Ocean hits the Tasman Sea. An amazing sight to see.

Next we were off to camp for the night at Tapotupotu Bay, only 4 km away from Cape Reigna,.

The Pacific Ocean hits the shore here and we saw some animal tracks that for some reason converged together.  It was a very strange footprint that I had never seen before.

The east side of the northern tip, animal tracks meeting in the sand.

We dipped our toes into the Pacific Ocean and enjoyed the morning sunrise.

Jill taking some pics of the morning sun.

After seeing the sun rise we had to pack up the tent site.  There were a few marmots in the area that got into a fight around 3am right outside our tent.  The guy across the road wasn’t bothered, as he snored so loud we could hear it in our tent and he slept through the whole thing.  Things so small can make such a ferocious sound.

No harm no foul…on to some action!

One thought on “NZ – The Northern Route (Paihia, Cape Reigna and Tapotupotu Bay)”