It’s time to leave Queenstown, but our original plan was to head to the south end and then work our way back north on the east coast.  The weather wasn’t cooperating with us on that path, so we cut across the island to the Waimate area on the middle east side of the south island.  Here we are meeting up with John and Peter Hughes, long time grain and sheep farmers.

Back in 2002, John Hughes took a trip to Saskatchewan and spent some quality time with Jill’s parents, Allen and Judy Frederickson.  They became good friends and have kept in touch the past 12 years, promising to return the favor and travel to New Zealand for a visit.  Fortunately, Jill and I get to be ambassadors to the Hughes family.

John welcomed us with open arms when we arrived and we were treated to some amazing New Zealand hospitality.  The people of New Zealand have been the nicest and warmest people we have ever met in our lives…its simply amazing how accommodating they are to foreigners.

Peter Hughes on the right.

John introduced us to his brother, Peter (they call him Pete), and his farm staff Graham and Peter Campbell.  We were thinking that we would use this farm as a base to take day trips from, but John and Peter took it upon themselves to organize activities for us to do.  In the posts to follow we will identify some of the things they set up for us, but at this time we concentrated on the local towns of Morvin and Waimate.

The Morvin township has a very nice town hall with some local memorabilia.  One display had pictures of the local people who participated in the World War, with images of the people they lost during that time.

The Morvin Community Center memorial to the local soldiers lost in the World War.

They also framed the official letter of apology from the New Zealand government to the Maori people, who were forced from their lands many years ago.  This is similar to the North American Native Americans receiving apologies and monies from our governments for actions made in the past.

The government apology letter to the Maori people for the past settlers forcing them off their lands.

They also celebrated the success of their local rugby team’s championship from 1926.  The town slowly decreased in numbers as the cities grew and transportation to them became quick and efficient.

Some local Maori artifacts were also on display in the Town Hall.  Woven baskets, whale bones (very sacred to the Maori), and carvings were definitely interesting.

Then Pete took us to Waimate, the town that has become the hub of the area.  Here I had my first official Kiwi meat pie!  Mince Meat was on the menu and it was delicious!

My first New Zealand Pie! A Mince Meat pie that was quite tasty!

We made our way to the hilltop so we could see the views of the Waimate township and the Pacific Ocean beyond it.  It was simply an amazing view. 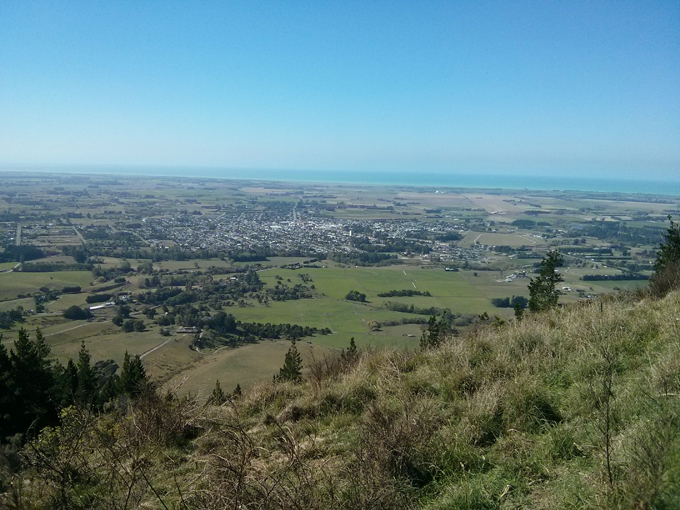 The Waimate township view from top of the surrounding hills. You can see the Pacific Ocean as the top blue sliver.

Here the local Rotary Club set up a metal disk which pointed to the directions of the main destinations from it. 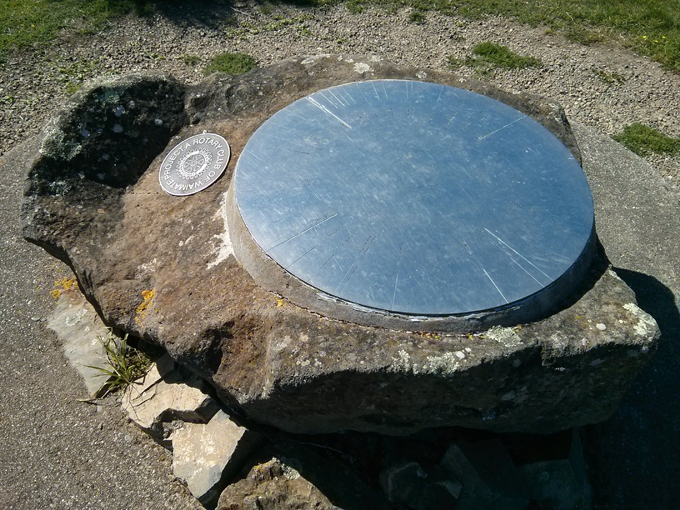 From the Waimate hill view, the rotary club had installed this directional plate for key places.

And they had a monument in honor of the horses that worked hard to help build New Zealand.  They really appreciate and honor the animals they work with on a daily basis.  There was also a large white horse formation placed on the side of the hill facing the township, so from a distance you can see a white horse on the top of the hillside. 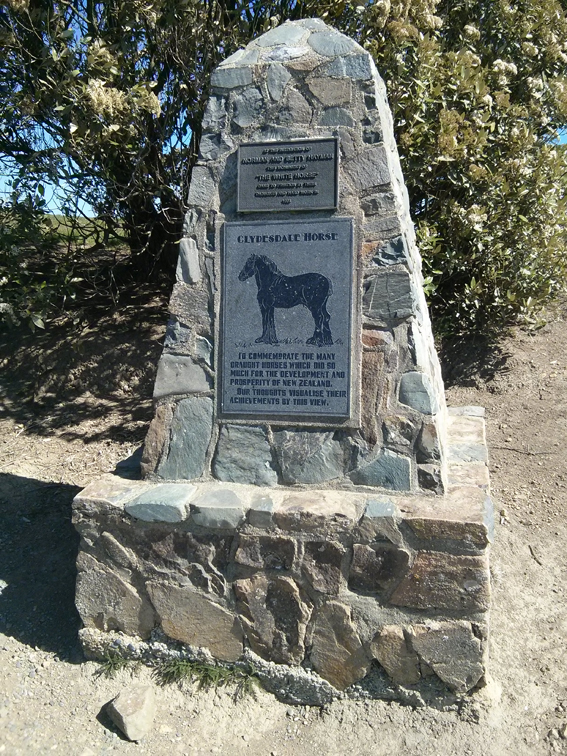 A Waimate monument to the horses that worked to build New Zealand. I am not kidding.

Entering the town we saw some historic looking buildings, but they have been condemned since they do not meet seismic standards for earthquakes after the disaster in Christchurch in Feb, 2011.  This theatre has a very cool look to it with some excellenrt brick work, but the mortar was not of a top quality and the lack of bracing means a large earthquake will shake loose the bricks and fall to the sidewalk/street below.  Unfortunate, as buildings like this provide character to a small town that otherwise loses some of its history.  Christchurch for example has lost many of its historic buildings from their earthquake, which lessens the city’s historic value.

One of the closed historic Waimate builldings, due to seismic concerns after the 2011 Christchurch earthquake.

Waimate has a park and bird sanctuary, so we entered the gate to take a look.

The bird cages were very open and provided safety for parrots, budgies, peacocks, and other small & colourful birds.  They also had a section for wallabies.

The park had some beautiful plantings to keep you on the wayfinding pathways.

The Waimate Park and Bird Sanctuary.

The Waimate Park and Bird Sanctuary trees that look like a pineapple, but isn’t. I don’t know what kind of tree this is. The first person to correctly identify it gets a future blog post in their name as a prize.

The sundial in the park was also pretty cool, but I laughed when it became obvious it didn’t match the current time.  It didn’t take advantage of daylight savings!      🙂

That evening we were invited to the local Rotary Club for dinner and guest speaker in Peter O’Neil, the editor of the Timaru Herald newspaper.  The dinner was a roast beef, Yorkshire pudding, potatoes two-ways, assorted veggies, and bread pudding.  It was home cooking at its best!

The speaker spoke about issues with newspaper reporting, the effect of the internet on his business (they have embraced it in addition to the hardcopy newspaper), and issues with how they report the news in sensitive situations.  Unlike larger cities like Auckland, in this area you pretty much know everyone.  So when an accident happens it isn’t an unknown person you’re reporting on, its someone you say “hi” to on the street.  As such, you need to be quick to report (as this is his profession), but you need to be sensitive and ensure its done in a manner to keep people comfortable.  He was an interesting guest speaker and it was a fun night. 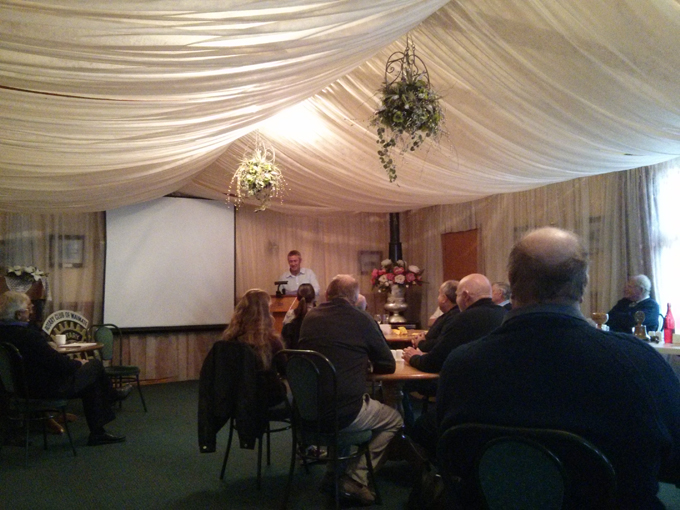 We capped it off by having a brew in the local pub with some Waimate residents.  A good time that reminded us of the small towns we grew up in back in Saskatchewan.  Good people who really care.