The day is starting off with a local New Zealand delicacy called “Whitebait“.  Whitebait does not refer to a single species, but instead it is a general term used in many countries to describe small freshwater fish that are tender and edible.  In the spring time, whitebait make their way upstream from the sea, swimming near the river’s edge.  Whitebaiters set nets and sit on the river bank, hoping to harvest the popular delicacy.

Peter Hamilton, one of the local Waimate people we have spent time with, made a trade with someone to acquire this whitebait that was collected on the west coast of the south island.  Peter sent this whitebait with us (wrapped in a newspaper) to take to his sister Lynn (our Christchurch host who took us to the Crusaders game in the last post) to cook up the next day for a brunch experience.

See the picture below for what they look like before cooking.

Lynn added an egg for a binding agent, then shaped them into fritter patties.  Some hot oil in the pan was all we needed to start cooking up these little beauties. 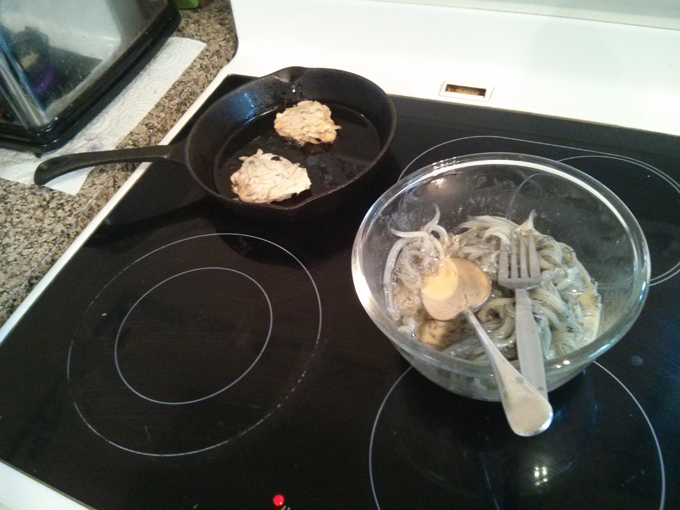 When the fritters had been cooked, we made some quick toast and sliced some lemon wedges.

The New Zealand delicacy was ready to eat!

They don’t look very appetizing, but it tasted like a fish sandwich.  It was a good taste, but something that makes sense maybe once per year as opposed to a weekly treat.  Jill had some trouble with them, but she did manage three bites of one fritter.  I wish we had taken a picture of her face when she bit into it.

Next we drove back to Morven, but on the way we stopped at Claremont Castle for a pre-arranged visit.  It’s a hidden gem that not many people know about.  When we arrived the gate had a chain around it and the cell phone number I was given produced no answer.  I took the bull by the horns and slipped past the gate on foot to find the structure.  As I walked down the pathway it was a beautiful entranceway. 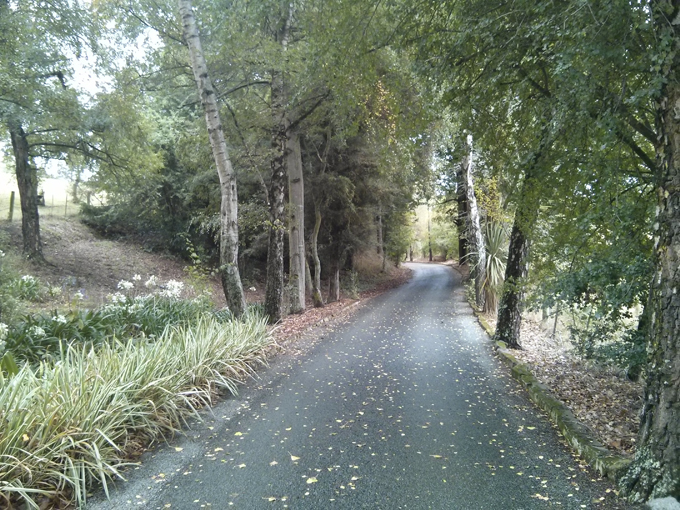 At one point the trees backed off and a clearing showed a glimpse of the building.

Around the corner and this was the first overall view of the house, servants quarters and chapel.

As I went around the side I saw a person inside that I introduced myself to.  Her name is Joanne Pera and she was more than happy to show us around.  I ran back to the gate, opened it and Jill drove up to the house.

The Claremont Castle side view.

Joanne took us for a tour of the inside and we snapped the pictures below. 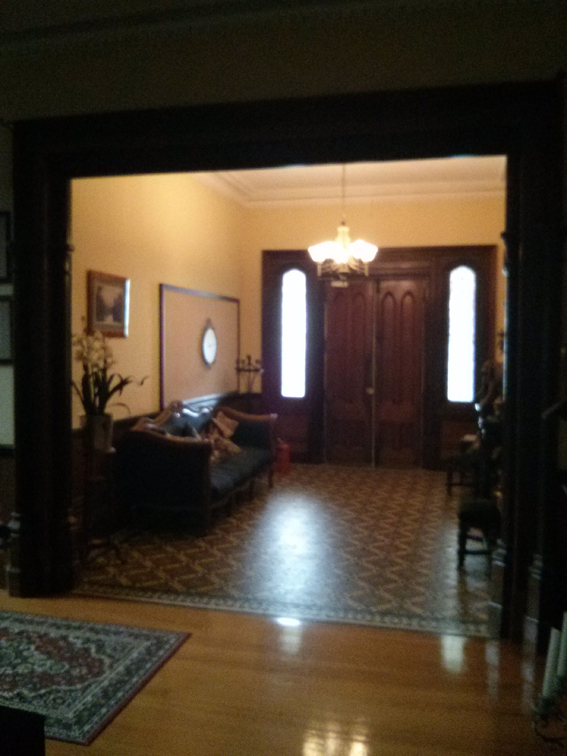 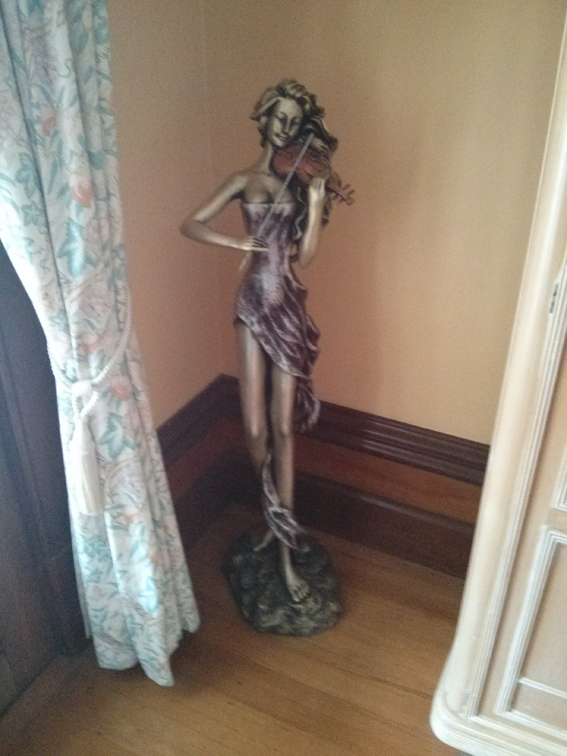 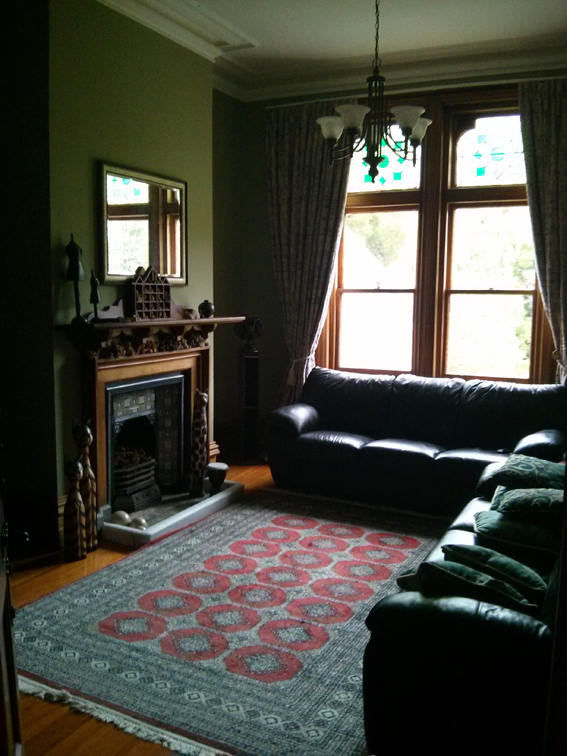 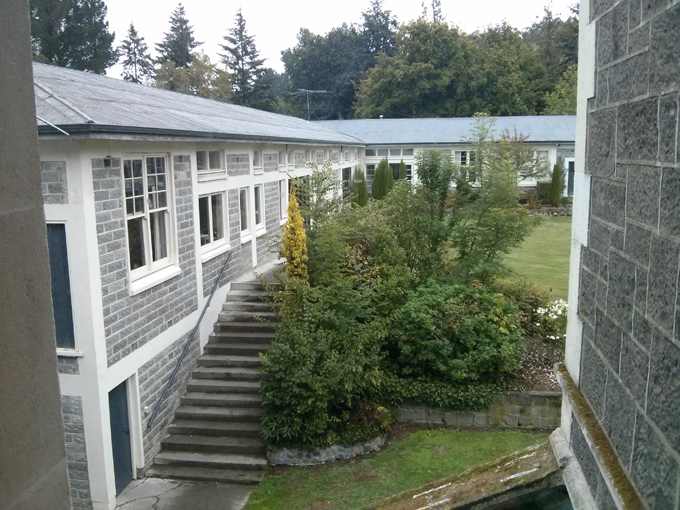 It was a cool visit and Joanne offered for us to stay overnight if we wanted.  Unfortunately, as already had plans that night back in Morvin with John and Pete Hughes.  We got Joanne’s cell phone number and we will connect with her down south on the weekend when we head to Bluff at the same time.

Once we got back to Morvin, John had secured us authentic fish & chips from a local fish shack.  They sell them by the number of fish pieces and by scoops of chips.  This was four pieces of fish and one scoop of fries…it was more food than Jill and I could eat!  It was the best fish & chips I have ever had though…wrapped in paper and all.

Our first real New Zealand fish and chips!  Served in a paper wrapping of course!

A good day with a delicacy to start the day, an adventure and new friend made at the Claremont Castle, then some awesome fish & chips (with beer) to round out the day.  We sat up with John until 2am and had a blast.