The bus dropped us off at the Townsville terminal which handles both the buses the ferry…very convenient!  We immediately boarded the ferry and 20 minutes later we were on Magnetic Island.  It got its name from the adventures of Captain Cook.  He sailed by it in 1770 and his records claim that the island messed with his compass as he passed by.  He did not stop at it and tests done over the years show that the island has no effect on a compass, but they kept the name anyhow (good move in my opinion).

View of Townsville from Magnetic Island. 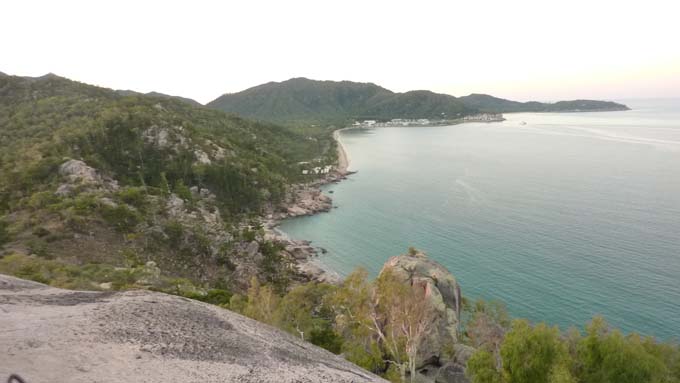 We stayed at a hostel called “X Base” and it was a very nice place.  It was set up more like a resort, but it was clearly a hostel.  It is located on the south side of the island, which isn’t really near any of the sights.  However, it has virtually no neighbors on any side (and its right on the ocean with its own private beach), so you can party all night long and not disturb anyone outside the hostel.  The hostel staff go out of their way to ensure activities are always planned for the guests.  We joined them on a sunset hike. 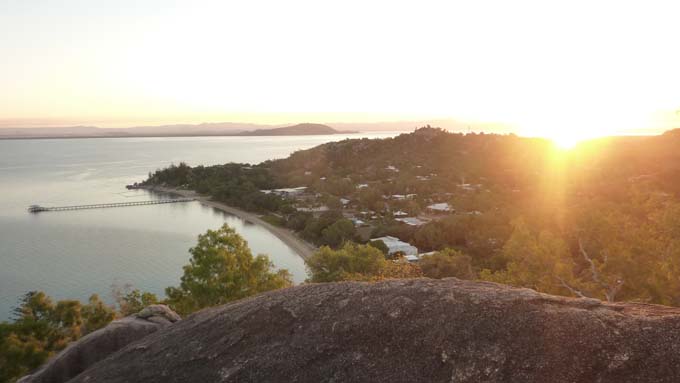 View of West Point at sunset. 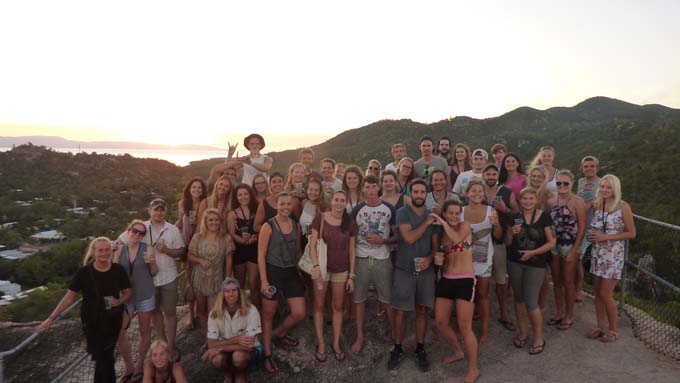 Later that night participated in the trivia quiz night festivities.  We named our team the “petit poissons” (which is French for little fish) and it got as few laughs from the French backpackers.  We finished third out of 16 teams, so not a bad showing from the Canadian duo.

X Base lounge area getting ready for trivia/quiz night.

The next morning we went to the north side of the island to visit the Bungalow Bay Koala Village.  This is a wildlife park that educates visitors on the habitats and unique Aussie animals of Magnetic Island.  Here we held a baby saltwater crocodile, held a python, held lizards, held a baby turtle, saw a wombat, fed a cockatoo and cuddled with a Koala. 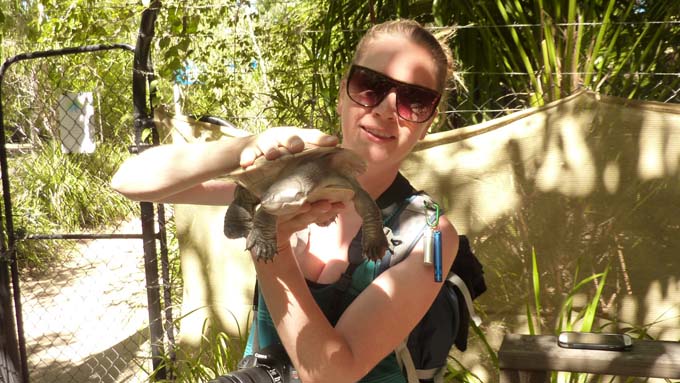 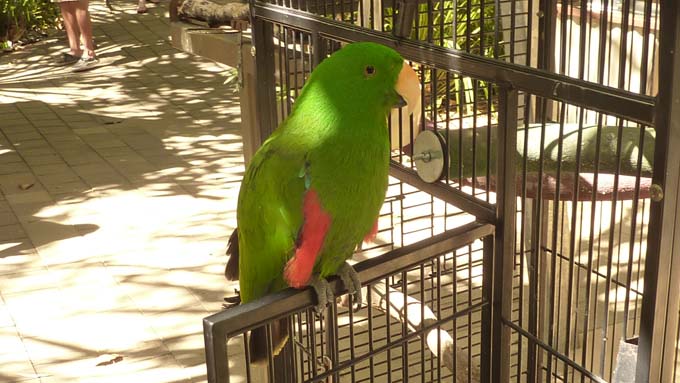 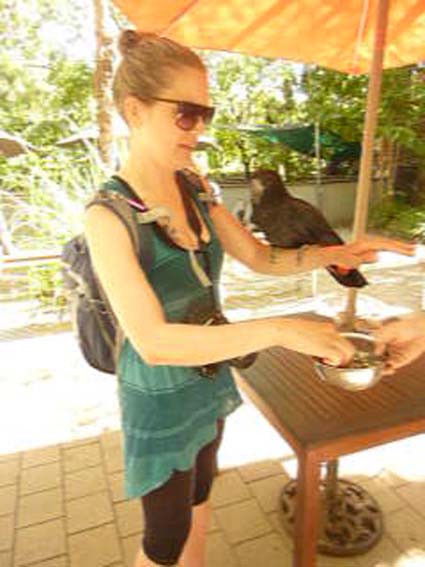 This Red-Tailed Black-Cockatoo ate a sunflower seed right from your lips. A feathered kiss!

A wombat just waking up. 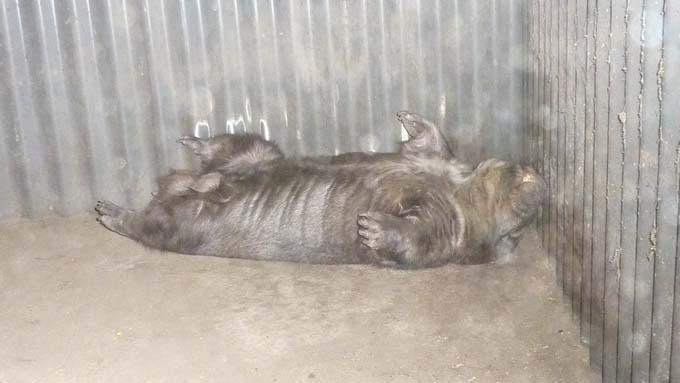 A wombat going back to sleep. Looks just like a dog (or a drunk!)

This lizard was the inspiration for some dinosaurs in the Jurassic Park movies.

A weird lizard that moved so slow. 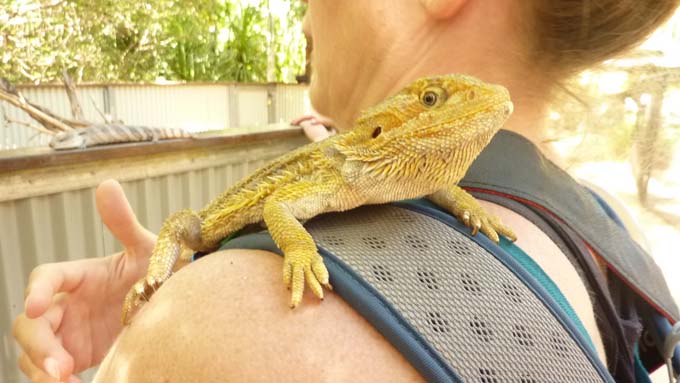 This lizard loved getting on your shoulder. He’s cold-blooded, so he liked the warmth of your neck.

A big spider at the bottom corner of the container.

Jill loves snakes…especially when they wrap around her neck. Hilarious!

The tour guide with a Koala.

Jill’s turn to cuddle with a Koala.

Nap time! They are too damn cute.

Next we walked a few blocks to reach Horseshoe Bay.  This is the north section of town that has most of the stuff to see on the island. 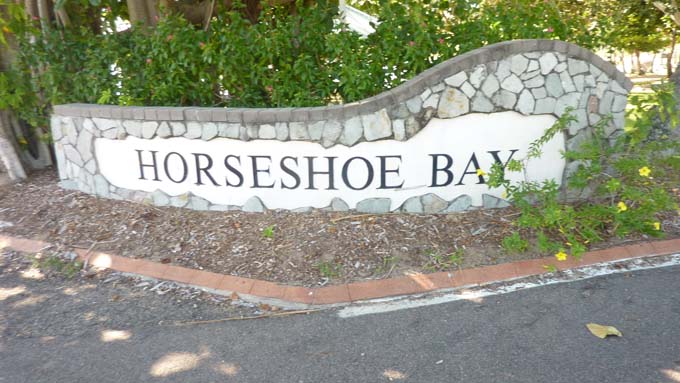 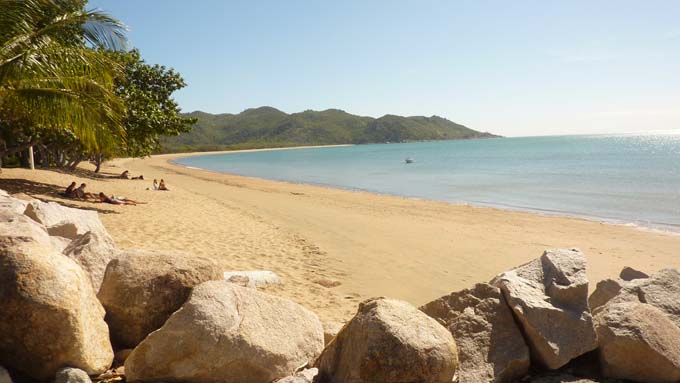 Horseshoe Bay beach to the west.

Horseshoe Bay beach to the east. See the safe swimming net? Its to allow swimming without the stinging of the jellyfish.

We decided to go on a hike to see Radical Beach.  It was recommended to us by a fellow traveller on the Fraser Island tour. 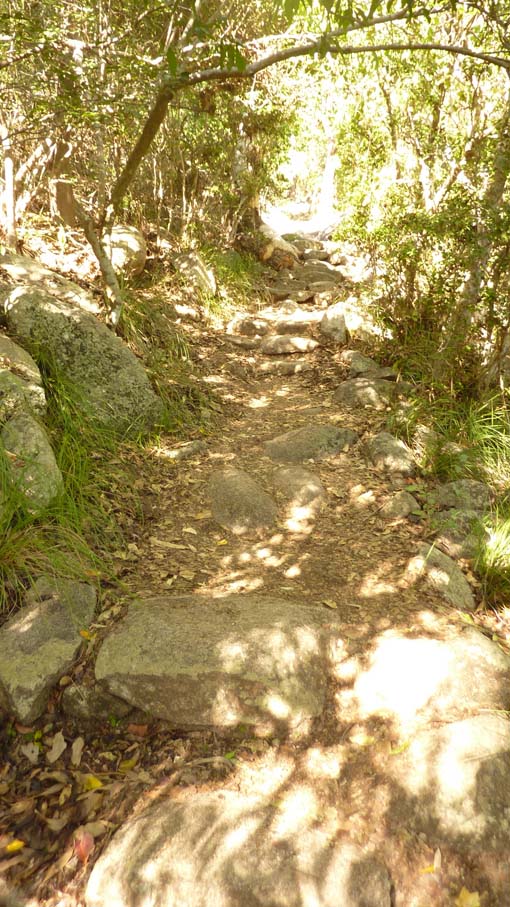 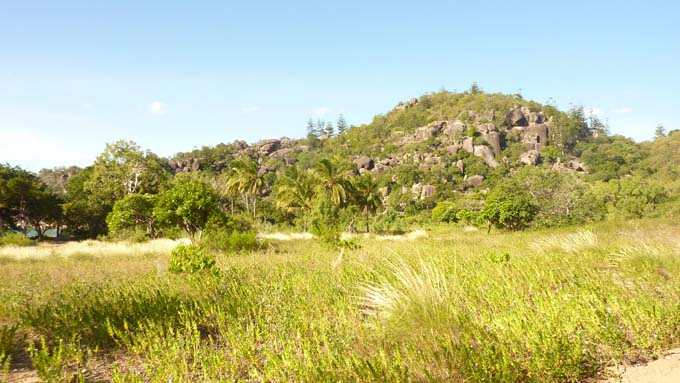 After the 2km hike these rock formations start to show up.

Radical Beach to the east (its almost empty, so you could hang out here all day and pretty much have it to yourself.

Radical Beach to the west (its almost empty, so you could hang out here all day and pretty much have it to yourself.

We only ended up staying here two days and one night.  I think another day or two would have been perfect, but we are pretty much ready to get to Cairns and then to Indonesia.  Australia has been pretty cold and even though it says 22 degrees, it feels like 6 degrees.  We have also had more than our share of Germans.  They are the most disrespectful and rude people I have ever encountered on any travels…and its been very consistent everywhere here we have stopped.  It seems these kids graduate from high school and then go right to Australia to travel with little regard to anyone else around them.  They are literally everywhere in Australia.

In all of Australia we have encountered only 3 Canadians, 1 American, and a few hundred thousand Germans.

It pains me to write this, as Hintze is a German name.

Back to the blog…we are on a night bus tonight to arrive at Cairns at 5:30am.